Have you ever thought about cloth diapering but weren’t sure you could handle the extra work involved? Did you think it would be to expensive to get started? Thought there was too much to learn? It seems so complicated…I’ve been there too. When I was pregnant with my first son almost a decade ago now, I was doing a lot of research on natural living and one of the things I’d wanted to try so badly was cloth diapers. Unfortunately it took a while after he was born for me to finally work up the nerve to try it out. Even since then, there have been seasons where we only cloth diapered part time or not at all for a time (with my second son I worked full time and was in grad school), but we never fully gave it up with either of our four children and overall we have grown to love it. With baby number 4, we’ve almost exclusively used cloth since she was big enough. I say almost exclusively because we do drop her off at the nursery at church where they’re typically not familiar with cloth diapers so we use disposables there. We also have periods where baby just gets too wet at night for the cloth diaper so it’s just easier to use a disposable at night. You could certainly just change baby half way through but for now this as been working best for me. Once they don’t nurse as often through the night and no longer get so wet, we go back to cloth diapering through the night. So now that you know some of the back story, let’s talk about what we use and how we use it.

First of all, I’m pretty simple when it comes to most things. Cloth diapering is no exception. I only use what I truly need and try to get it for a good price.

What you really need:

I bought a couple of smaller wet bags for when we cloth diaper on the go this time but honestly I don’t need them that often. They are nice to have but I wouldn’t consider them a necessity. You could always use a grocery bag for wet diapers if you wanted to save that money.

Between the four kiddos I have used a wide variety of diapers, prefolds, pocket, all in one. The prefolds worked wonderful but I didn’t like how bulky they were. I used those with my third son and wanted to switch with my daughter. I didn’t have any of the diapers left from my first two so I ended up buying all new diapers. I am able to use the inserts from the new diapers with the shell from the old ones which is nice but I have enough shells for her to where I’ve contemplated selling or donating all of those with the prefolds.

I’ve used some of the pricey diapers and frankly don’t think they were worth the extra expense.

With Everleigh I settled on these Alva baby diapers and we have loved them! They are adorable, easy to use and care for and well made! Here’s the best part, they’re super affordable!

I purchased mine from Amazon for about $30. They came in a set of 6 covers and 12 inserts.

I use mostly reusable cloth wipes. It just made the most sense with cloth diapers because I just keep it all together in the pail and then throw everything in the washer. The wipes I bought from Amazon are nice and thick, soft and easy to care for.

These are by Babygoal (bamboo) $8.99 for 12! I think I purchased 2 sets for a total of 24 which is more than enough for us. Compared to the price of disposable wipes and it’s no extra laundry since I’m already washing the diapers.

The bottle I use was free, it came home with me from the hospital. I’ve used baby castile soap mixed with water but most of the time it’s just water.

This is the wet bag that I purchased, also from Amazon. It’s by Alvababy, like the diapers. This one is their large bag. It has great reviews and has held up very well. I wash mine every time I was a load of diapers. It’s inexpensive at $14.99

I’ve used a few different ones over the years but I always come back to this one. It’s by Grandma El’s and comes in a 3.75 oz tub for $12.99 from Amazon. It typically lasts me about 6 months even when I use it almost daily (all of my kids have had sensitive skin). 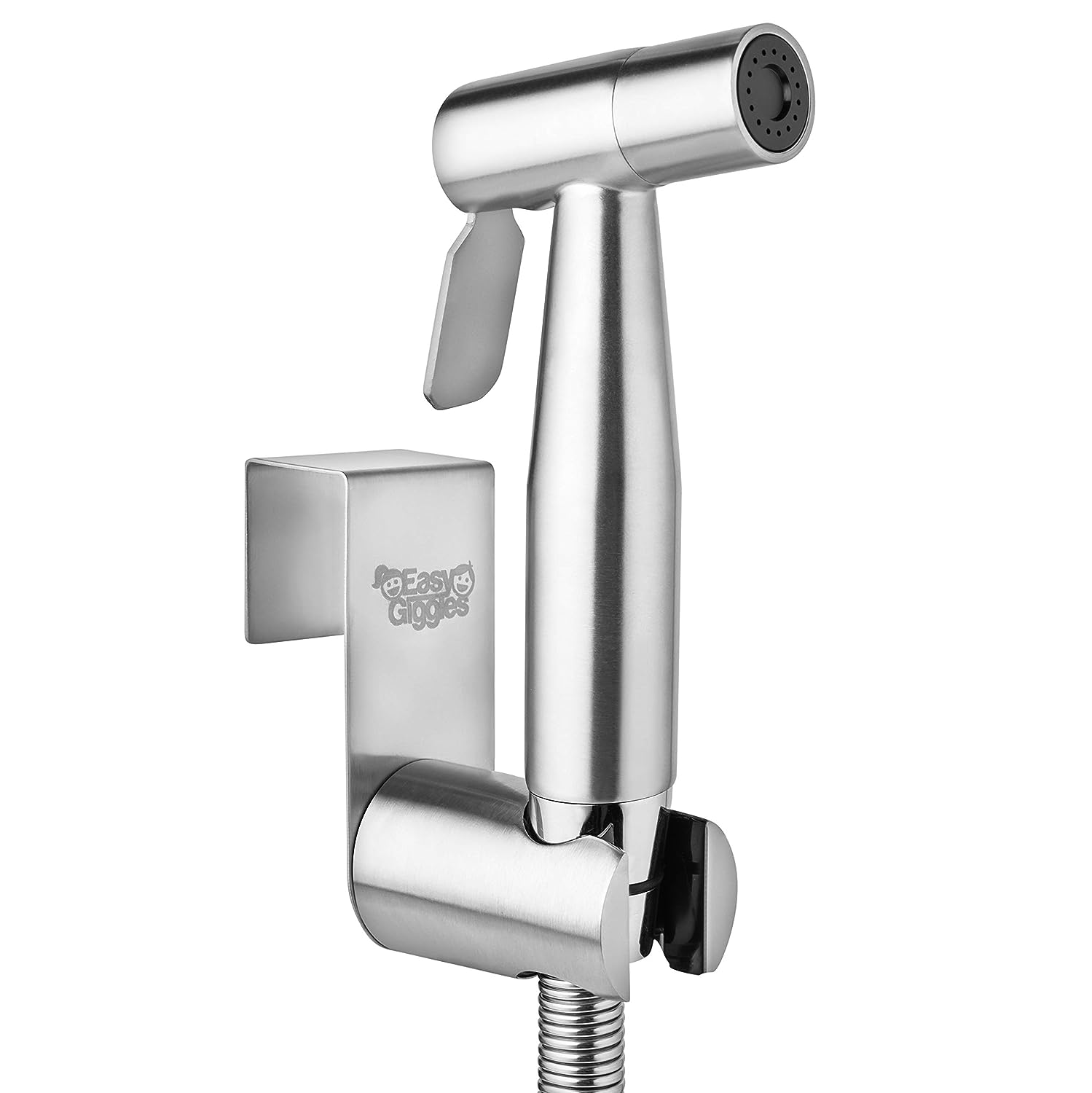 I purchased this one by Easy Giggles from Amazon for $29.99. I haven’t had to use it much yet but I know those days are coming and it’s so much easier having a sprayer (I’ve done without one at times and wanted to make sure I had one this time). It has over 1,200 reviews and almost 5 stars so I think we’ll be happy with this one. The price is great and from what we can tell it looks well made. It’s installed and ready to go for when we need it.

That’s it! Store them in a pretty basket, ready to use just like disposables.

If you add everything up, that comes to less than $200. I’ve been using the same diapers and wipes for almost a year now and I’m on my second jar of ointment. That’s a price I feel good about. It honestly pains me to buy the disposable diapers when I think about how quickly they’re gone yet how expensive they are.

I hope you feel inspired to make the switch! You won’t regret it!

Next up, I’ll share with you what I do to care for my cloth diapers.

Published by Our Simple Family Living

View all posts by Our Simple Family Living